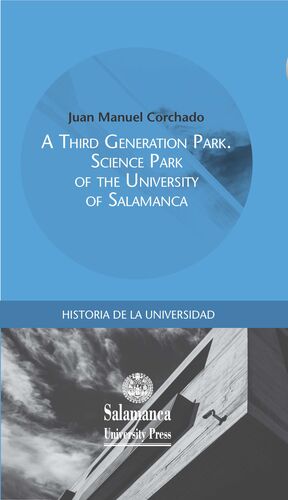 The Science Park of the University of Salamanca first came into being as a project to expand the R & D activity of the University of Salamanca beyond its traditional spaces, designing the embryo of the Science Park of Villamayor from the construction of a modern Building for the then CIALE (Acronym in Spanish for the Spanish-Portuguese Centre for Agricultural Research), on a plot ceded by the Villamayor City Council, to which the headquarters of the still embryonic Laser Center would be added later. The proposal, favorably received by local and regional authorities, was conceived in the second part of Enrique Battaner's mandate as Chancellor, with the participation of entrepreneurs and an important university consensus on the project, in close collaboration with the Regional Government of Castile & Leon and the Central Government of Spain. By December 2016 ten years had passed between the start of work and the consolidated, expanding project we see today, which is fulfilling the objective for which it was created and fostering R&D&i activity and entrepreneuership at the University of Salamanca.