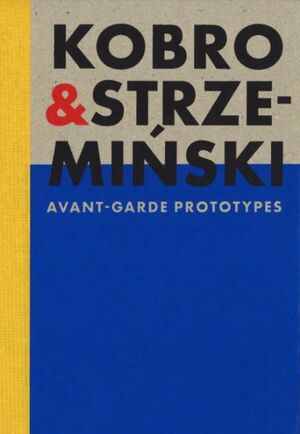 Active from the late 1910s until the early 1950s, Katarzyna Kobro and Wladyslaw Strzeminski produced work that was especially consistent with modernist avant-garde ideas. Touching on various disciplines, including painting, sculpture, architecture, and industrial and graphic design, their oeuvre anticipated new trends that were to reach their plenitude in the practices of later generations, such as minimalism, the Zero movement, and reductionist art.

Two premises articulate the production of both artists. The first is the conviction that the artwork must be constituted in consonance with the principles inherent to it in order to attain internal coherence. The second is the conception of art as an experiment in pure form, though this does not imply the absence of a social dimension. Indeed, these artists saw artistic practice as developing abstracts models of organization that could be applied to industrial design, architecture, or engineering. The ultimate purpose of art is therefore not the manufacture of beautiful objects but a substantial transformation of the world on the basis of creative experimentation. The artistic ideas of Kobro and Strzeminski in fact included a constant demand for experiment that manifested itself in the continual manufacture of prototypes, seeking and testing various solutions for each problem encountered in a process that embraced the material and structural organization of both the artwork and society, and in later years even the phenomenon of vision itself.

This exhibition dedicated to the work of both artists takes visitors on an itinerary through their different phases and means of expression, revisiting some of the lesser-known pages of the history of modern art and the Central European context of the first half of the 20th century. In this respect, the work of Kobro and Strzeminski, with which they transgressed and radicalized many of the beliefs of the avant-gardes, also allows us to question some of the most widespread ideas on modernism, pointing us toward its possible declinations and the vanishing points on its horizon.