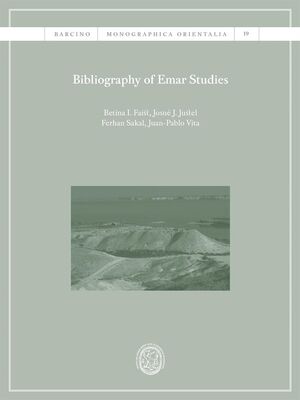 The ancient Near Eastern city of Emar (also called Imar) modern Old Meskene (Meskene Qadima) or Tell Meskene was discovered in the course of rescue excavations conducted during the construction of a dam near Tabqa, in northern Syria. Between 1972 and 1976, excavations were carried out by a French team. Archaeological activities were resumed in 1991, first by the Department of Antiquities in Aleppo, and then from 1996 to 2002 by a joint Syrian-German mission. During the French excavations, more than 1100 clay tablets or fragments of tablets were discovered, most of them written in Akkadian and Sumerian, covering a wide range of genres. Illegal digs that took place after the French team left the site also produced about 350 tablets. The material can be dated approximately to the second half of the 2nd millennium BC, i.e., the Late Bronze Age. The extraordinary importance of the Emar texts led to the development of an international and very productive field of research that goes beyond disciplinary boundaries. Against this background, the idea of a thematically organised bibliography of studies on Emar was born in the early 2000s and published in eight issues in the journal Ugarit-Forschungen. The 50th anniversary of the start of the excavations at Emar is a good opportunity to make the entire bibliography available in book form. To the usual thematic outline, a list of book reviews has been added, as well as a complete bibliographical list, arranged by author.