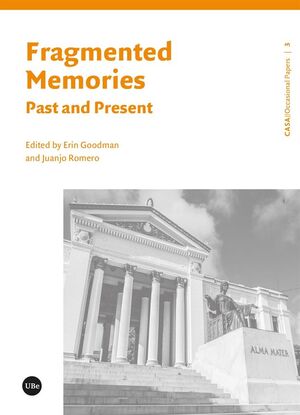 A continuation of the CASA Historical Memory Project, this volume features student essays on memory and identity in the context of Spain and Latin America. The sections "Forging a Spanish identity and Memory in comparative perspective" contain analyses of the Spanish Civil War and of elements that contributed to the formation of national identity under Franco, including emphases on educational discourse, the role of music and song, and the image, representation, and health of women. Additional chapters explore the legacy of the moriscos, the granting of citizenship to the descendants of Jews, a comparative review of migration to Spain and to the United States over the last thirty years, and a comparison of the role and consecration of historical memory in Spain and South Africa. The "Public health approaches" section contains a chapter researched and written during the early months of the 2020 coronavirus pandemic, that explores its impact in Argentina. In "Cuban revolutions", two chapters focusing on Cuba explore the higher education system in the post-revolutionary context, and visual archives of the Chinese Cuban diaspora. The essays in this volume attest to the role of memory in establishing how and what history is recorded. These moments and movementsacross borders and centurieshelp shape collective identity. Thus, they reveal the importance of reviving and interacting with histories that may have been buried, silenced or forgotten. Attuning our gaze to the role of historical memory allows us to approach the conflicts and crises of our times with new eyes.