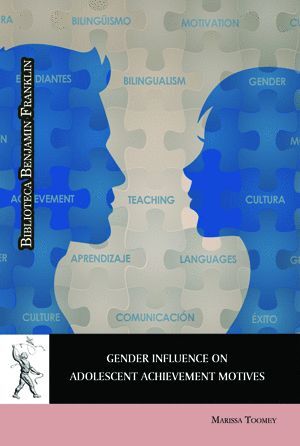 The objective of this exploratory study is to describe whether the gender of adolescent students may be an influential factor in motivating their attitudes towards academic achievements or potential professional aspirations. To test a hypothesis that females are more strongly influenced by intrinsic motivational factors, such as academic self-concept or self-regulation, than males, who may be more inclined to seek motivation from external sources, the research compares the survey responses of 327 upper level female and male secondary school students. In the questionnaire, students were asked about a number of indicators relating to how they perceive themselves in terms of their sociocultural context, how they view success and what their personal aspirations are for academic attainment.

Through the process of comparing variables which had elicited distinctively different responses according to students? Gender, it may be suggested that female adolescent students derive more of their motivation for achievement from intrinsic factors, such as a desire for respect and feelings of competence. Further, results also indicate that girls recognize that their gender influences the challenges they may face in trying to achieve their goals, whether this is in secondary school or in trying to fulfill other future aspirations.