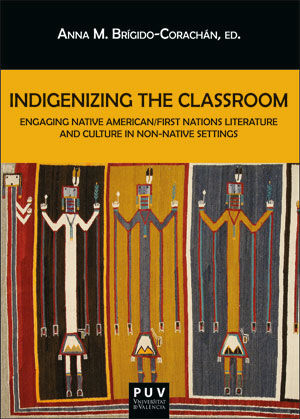 In the past four decades Native American/First Nations Literature has emerged as a literary and academic field and it is now read, taught, and theorized in many educational settings outside the United States and Canada. Native American and First Nations authors have also broadened their themes and readership by exploring transnational contexts and foreign realities, and through translation into major and minor languages, thus establishing creative networks with other literary communities around the world. However, when their texts are taught abroad, the perpetuation of Indian stereotypes, mystifications, and misconceptions is still a major issue that non-Native readers, students, and teachers continue to struggle with.

To counter such distorted representations and neo/colonialist readings, this book presents a strategic selection of critical case studies that set specific texts within cross-cultural contexts wherein Native-based methodologies and key concepts are placed at the center of the reading practice. The challenging role of teachers and researchers as potential intermediaries and responsible disseminators of what Gayatri C. Spivak calls "transnational literacy" as well as the reception of Native North American works, contexts, and themes by international readers thus becomes a primary focus of attention.

This volume provides a set of critical analyses and practical resources that may enable teachers outside the United States and Canada to incorporate Native American/First Nations literature and related cultural and historical texts into their teaching practices and current research interests in a creative, decolonizing, and responsible manner.