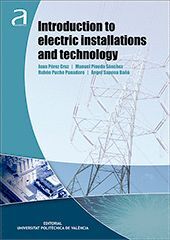 This book serves as an introduction to solve the most common electrical circuits in domestic and industry premises. It consists of five units: association of passive elements (unit 1); introduction to single-phase and three-phase circuits (units 2 and 3) and electricity distribution circuits, both single-phase and three-phase (units 4 and 5). It also has an annex where some exercises are solved that were proposed in previous units, and a bibliography with two types of references: some basic ones, which are complementary to this text, and other more advanced ones for interested readers. The approach followed in this text is essentially practical, with a large number of examples always referred to the reader's closest environment, and with many figures. This book is aimed at students of technical degrees, in addition to the basic training received in the field of electrical installations, and also at technicians starting in this sector.