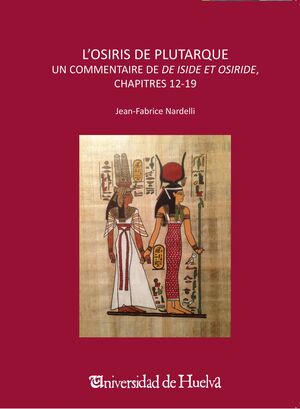 The Egyptological core of Plutarch's De Iside et Osiride was last scrutinized by a competent scholar in 2000; as it was part of a Romanian-language dissertation which was never released in print and only recently put open-source, it could hardly hope to join Gwyn Griffiths' 1970 edition-cum-commentary and Hani's 1976 La religion égyptienne dans la pensée de Plutarque among the standard resources. The most comprehensive of recent editions (2013) being in Modern Greek, slight of bulk and unpretending, a new commentary laying claim to a reconsideration of the many problems, not least textual, with which these eight chapters bristle, was very much in demand. Unlike Hopfner's classic commentary (1940), the reader will not find here a handbook of Egyptian mythography parsed according to Plutarch's ordo rerum. Nor were the trendy agendas of modern-day interpreters of religious texts adhered to. It has been attempted between these covers to submit Plutarch's digest to the same kind of scrutiny that Lightfoot brought to bear on the Lucianic De dea Syria, on a scale proportionate to the learning underlying his chapters. The commentary thus strives to combine doggedly traditional pursuits, like the emphasis on text-critical matters, with a global view of the issues at stake; each sentence of the primary text has been taken apart and explained out so that the author's relationship to Egyptian lore, the interplay of his Greek sources, and his highly idiosyncratic workmanship could be assessed.