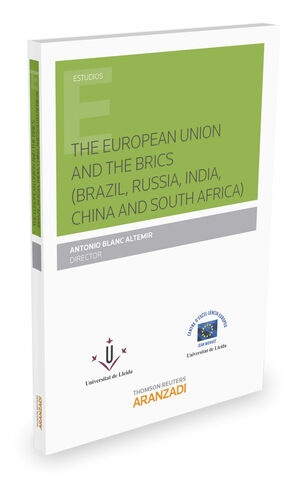 The irrefutable upsurge of BRICS (Brazil, Russia, India, China and South Afri-ca) in the last few years and its increasing role in the global arena has been confirmed by the fact that its five Member States account for 40% of the world?s popula-tion and 25% of the GDP, having created half of global growth in the last decade.
Furthermore, there are other facts related to the BRICS that require a profound analysis. On the one hand, it is important to highlight the continuous connectedness exhibited by the five members of the bloc re-garding global issues or international conflicts discussed in international fo-rums. On the other hand, trade relations between the European Union and the BRICS bloc members provide spectacular data, having reached a global trade exchange of over 900,000 million euros in 2013, with a negative balance for the EU of over 200,000 million euros. Therefore, this range of strong reasons led us to examine the relations between the European Union and the BRICS.