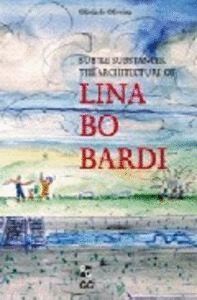 > Finalist Pevsner Prize of The Royal Institute of British Architects


Lina Bo Bardi, the Rome-born architect, emigrated after World War Two to Brazil, a country where she undertook her professional career. The outcome of her personal experience and of a wish to get closer to the culture and ways of life of the people, Bo Bardis creativity moved in the direction of an architecture that prized simplicity, spontaneity, the residual and the ephem-eral; an architecture understood as ´an organism suitable for life´ which incorporated everydayness and the energy of the people who use it. As a result she used the word substances, rather than materials, to explain what her architecture was made of. These substances are air, light, nature and art, to which the author, Olivia de Oliveira, adds time. The work of Lina Bo Bardi, then, is presented here via a huge array of previously unpublished drawings, images, writings and projects that enable the reader to grasp in a kaleidoscopic way the power and current importance of her architecture as a critical confrontation with established reality.