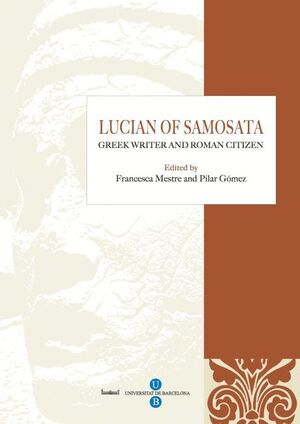 Lucian was a man of letters and thinker who stood at the meeting point of three cultures: the Oriental culture of the Roman province of Syria, Greek culture as a result of his own background and the cultural tradition of the education he had received, and Roman culture, since in his lifetime it was Rome that exercised political power and, even though it adopted Greek culture as its own, it still made a clear contribution to this world. This three-faceted cultural outlook to Lucian of Samosata is of great interest for the study of the Roman Empire, with all its implications for the coexistence of peoples, for preserving identities, for creating or recreating identifying traits, some of which separated peoples while others brought them together when faced with alien forces, as well as for fusion, osmosis and syncretism. Moreover, this ample series of data provides us with information not only about cultural aspects, but also as regards social behaviour, ways of exercising and understanding political power, customs, religion, spectacles and celebrations..The book is divided into two sections, one focusing on Lucian as a writer, and one dealing with Lucian as a citizen of the Empire.