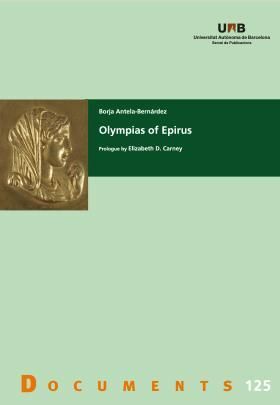 Olympias, daughter of Neoptolemus king of Molossia, wife of Philip II king of Macedonia, and mother of Alexander III (the Great), king of Macedonia and conqueror of the Persian empire, was the most powerful woman of her era, a model (as well as a kind of cautionary tale) for all future Hellenistic royal women.

Borja Antela-Bernárdez, in this collection of articles, takes an imaginative, less conventional political approach to the career of Olympias. The author examines the tradition about her in scholarship, demonstrating that it remained not only sexist and hetero normative, but also retained assumptions about royal marriage grounded in modern monogamous unions, despite Philip II's undeniable polygamy. He also pays attention to the ways in which Olympias? religious role in various cults has been misunderstood or oversimplified by ancient and modern writers, suggesting that many of these misunderstood features originate in Olympias? Aeacid origins and identity, and concludes reviewing the role of her religious practices and of female power in Macedonia, through her religious authority in Macedonia.

Olympias of Epirus lived and died in a world of intrigues, politics, war, struggles of power and violent successions, playing the 'game of thrones'. She paid the price of being discredited through centuries, portrayed in an uncritical, 'femme fatal' fashion. Our times deserve to review this woman?s history and to revoke the damnatio memoriae against her with the careful attention and re-reading of our ancient sources.