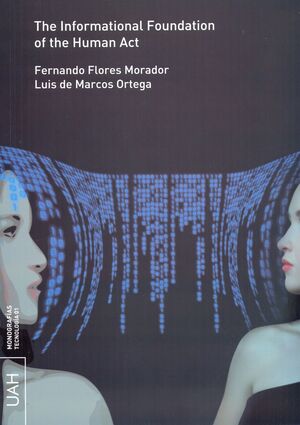 THE INFORMATIONAL FOUNDATION OF THE ACT (Libro en papel)

This book is the result of a collective research effort performed during many years in both Sweden and Spain. It is the result of attempting to develop a new field of research that could we denominate human act informatics. The goal has been to use the technologies of information to the study of the human act in general, including embodied acts and disembodied acts. The book presents a theory of the quantification of the informational value of human acts as order, opposing the living order against entropy. We present acting as a set of decisions and choices aimed to create order and to impose Modernity. Karl Popper?s frequency theory of probability is applied to characterize human acts regarding their degree of freedom and to set up a scale of order in human decisions. The traditional theory of economics and social science characterize the human act as rational, utilitarian and ethical. Our results emphasize that the unique significance of an act lies in its capacity to generate order. An adequate methodology is then presented to defend such hypothesis according to which, the rationality respective irrationality of acting, is in fact only a function of the act's organizational capacity. From this perspective, it has been necessary to define order respective disorder as operative concepts that allowed the comparison of the organizational differences generated by each kind of act. According to the presented conclusions, the spontaneity of living, as unconscious thinking, dreaming, loving, etc. and the mainstream of the human acts, are utilitarian, but in an irrational way; they are rooted in unconscious drifts and therefore must be considered irrational-utility acts.