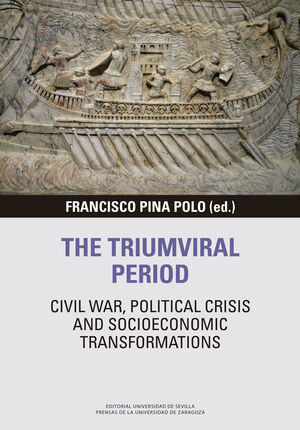 Nothing from the subsequent Augustan age can be fully explained without understanding the previous Triumviral period (43-31 BC). In this book, twenty experts from nine different countries and nineteen universities examine the Triumviral age not merely as a phase of transition to the Principate but as a proper period with its own dynamics and issues, which were a consequence of the previous years. The volume aims to address a series of underlying structural problems that emerged in that time, such as the legal nature of power attributed to the Triumvirs; changes and continuity in Republican institutions, both in Rome and the provinces of the Empire; the development of the very concept of civil war; the strategies of political communication and propaganda in order to win over public opinion; economic consequences for Rome and Italy, whether caused by the damage from constant wars or, alternatively, resulting from the proscriptions and confiscations carried out by the Triumvirs; and the transformation of Roman-Italian society. All these studies provide a complete, fresh and innovative picture of a key period that signaled the end of the Roman Republic.