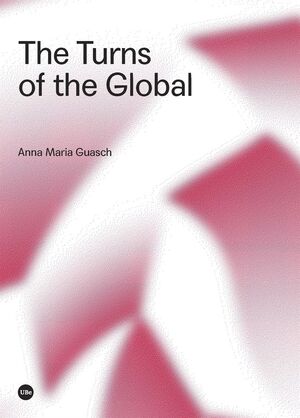 THE TURNS OF THE GLOBAL (Libro en papel)

When we talk about the geographical, ecological, ethnographic, historical, documentary, and cosmopolitan "turns" in relation to the work of practitioners of contempory art, what exactly do we mean? Are we talking about a "reading strategy"? About an interpretive model, as would be derived from the linguistic turn of the 1970s, or rather about a stratigraphic structure that could be read across multiple cultural practices? Do we wish to read one system by means of another system, in a way that one nurtures the other so that it can open us up to other forms of being? Or is it rather about a generative movement in which a new horizon emerges in the process, leaving behind the practice that was its point of departure? The recurrence of "turn" in place of "style", "-ism", or "tendency" would ultimately respond to a clear urgency of the contemporary global world: a movement characterised by aesthetic pluralism, by the simultaneousness of various modi operandi, and by a great multiplicity of languages that constantly change their state while having many features in common. And "turn" would also allow within the space of the contemporary  of here and now , a great diversity of stories from all around the world that should be confronted simultaneously in an intellectual outlook that is continuous and disjunctive, essential to understanding the present as a whole.