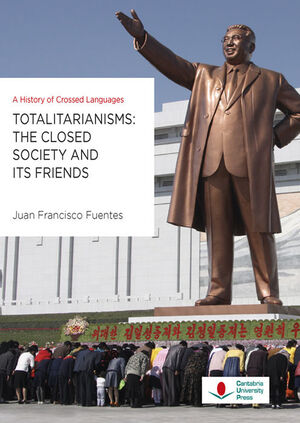 TOTALITARIANISMS: THE CLOSED SOCIETY AND ITS FRIENDS. A HISTORY OF CROSSED LANGUAGES (Libro en papel)

It is striking that the main political concept coined by the century of democracy has been totalitarianism. Since its birth in fascist Italy in the 1920s, the term has made a long journey throughout different countries and periods. After representing the fascination for dictatorships during the interwar years, totalitarianism became a key concept of the war of words waged between democracy and communism until the fall of the Berlin Wall. It was a hot word for a Cold War, as termed by the author of this book to convey the importance of this contest of crossed languages, which also included images, symbols and other forms of senso-propaganda.

The Closed Society and Its Friends highlights the role played by language in the building of a dystopian civilization conceived as an alternative to the open society created by liberalism. The book analyses the dimension of totalitarianisms, from fascism and Nazism to communism, as political religions with some common features, such as the cult of personality and the conception of society as a community of believers. This fascinating essay on the dark side of the 20th century ends with a disturbing epilogue: Is totalitarianism back.